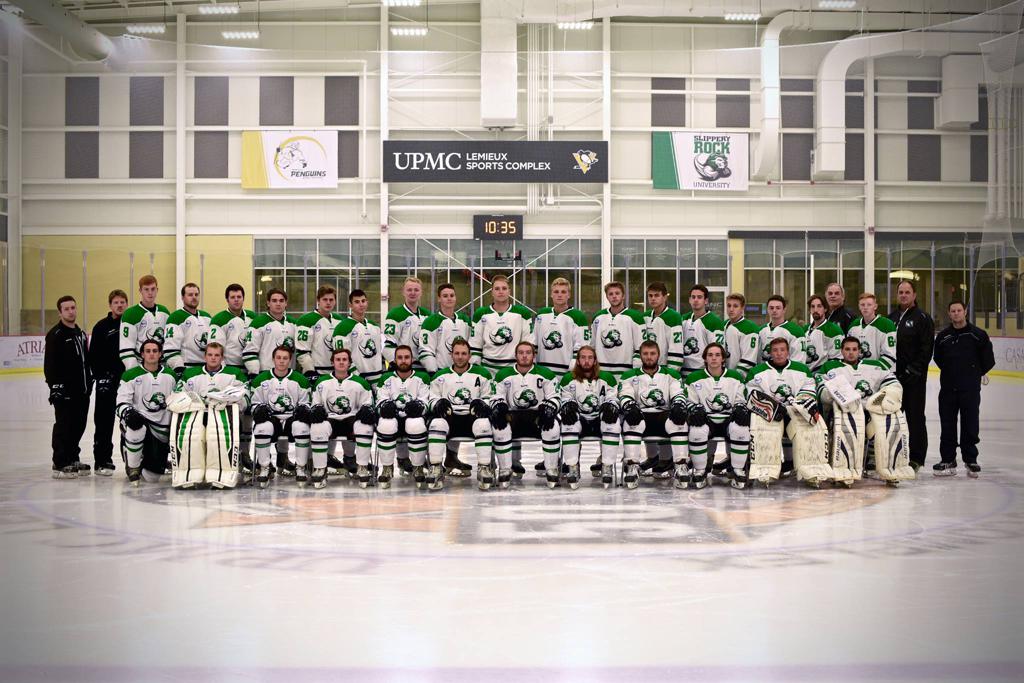 The Slippery Rock Men's Ice Hockey Program was established in 1971. Slippery Rock is located about 50 miles north of Pittsburgh, and sits in between two majors Interstates I-79 & I-80.

The team played an independent schedule until joining the American Collegiate Hockey Association (ACHA) and played at the Division III level. The team moved to the Division I level for the 2002-03 season and played in the ECHL league. The team then joined the newly formed College Hockey Mid-America (CHMA) conference for the start of the 2006-07 season to reduce travel costs by playing teams local to the western Pennsylvania area. They won the season title in 2010 and 2011. They also won the CHMA Playoff Championship in the 2010-2011 season. The team plays all home contests At the UPMC Lemieux Sports Complex located in Cranberry Township, PA. For more information visit Srumensicehockey.com.